What Is This Growth on the Bottom of my Foot? 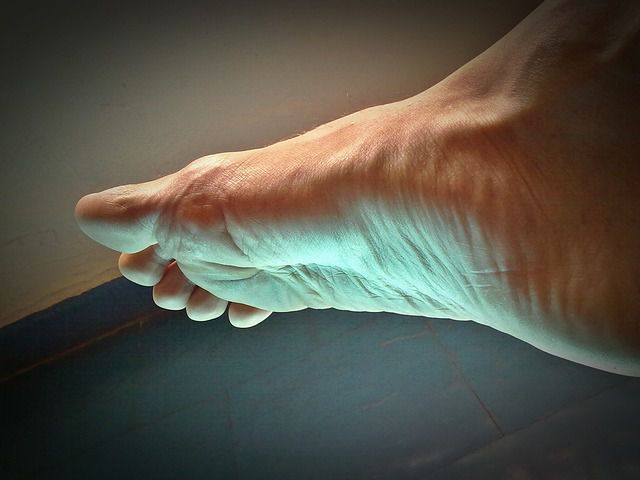 Most often the growth feels like a hard nodule, sometimes the size of a pea, sometimes larger. It often forms in the medial or inside of the plantar fascia, the band of tissue that attaches from the heel to the ball of the foot. If examined closely, there are oftentimes other nodules present. An Ultrasound can be done in the office to get a clear picture of the growth and determine the size.

Patients will come into the office concerned about a growth or lump on the bottom of their foot. They cannot remember anything which could have caused this to appear. No injury that they remember. They typically say that while they were in the shower, they noticed something when they were washing the foot. They don't know when it first appeared, only that it is there now. Many of them state there is no pain involved, but they are concerned since it is there. Some patients have pain when they walk because of the pressure of the growth.

These growths are called fibromas or plantar fibromatosis.

Treatment can range from watching the growths to see if there is any change in size, (if it is not painful), attempting to decrease the size of the lesion, or surgery to remove the growth. For some people, massaging the growth twice a day can soften and decrease the size over time. Sometimes an injection into the lesion can accomplish the same result. Orthotics can sometimes be utilized an the treatment as well. If conservative measures are not enough to alleviate the symptoms, surgery is sometimes necessary.

If you are experiencing growths on the bottom of your foot and are concerned as to what they might be, call our office today at (760) 568-0108 or request an appointment online.